Duane R Stewart-Grant is Haisla from Kitamaat Village and Nuu-Chah-nuthl from Port Alberni. His Haisla name is c’ee’hixid and he is from the Raven clan. 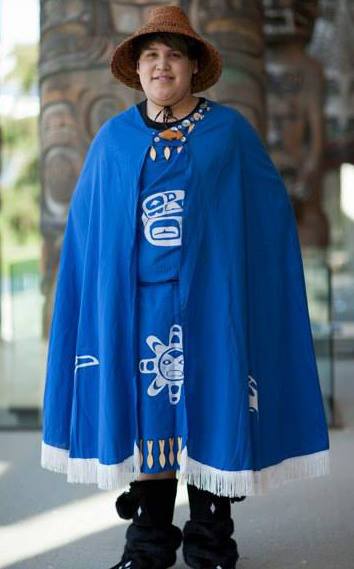 Duane R Stewart-Grant is Haisla from Kitamaat Village and Nuu-Chah-nuthl from Port Alberni. His Haisla name is c’ee’hixid and he is from the Raven clan.

In 2006, when he was living in Kitamaat he worked for Kitamaat Village Radio (KVR 96.1FM), where in 2008 he became the radio station manager until 2010. While working at KVR he started learning and growing closer to his culture.

In 2006/2007 he participated in the Star in Your Own Stories with Chee Mamuk, Hello Cool World and 11 other youth from the Haisla Nation. In three days they produced and stared in their own little story called Stand True. Stand True talks about how rumors can spread around like HIV/AIDS. Through Stand True, Duane was able to travel all over BC and he even traveled outside BC for the first time!

Duane came out to his family on May 4, 2010, but knew he was two-spirited at an early age. Through his travels he did with Stand True he met many other Two-Spirited people who were out, strong and proud to be two-spirited, he looked up to them for guidance during his journey.

When he moved to Burnaby in 2013 he started dancing with the Git Hayetsk Dancers and started apprenticing with Mike & Mique’l Dangeli. He now is learning to carve, paint, create regalia, dance, and is drawing First Nation art. Duane hopes to one day bring his knowledge back home and start teaching the next generation what he has learned!